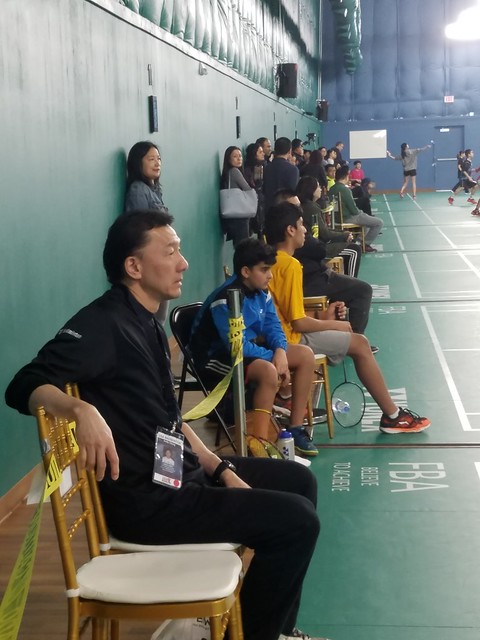 Coach Andy Chong is a familiar figure in the badminton world, most especially in the junior scene where his son also plays competitively.

Started playing at the age of 11, and was mostly inspired by his very own dad. “My dad played badminton and I used to watch him play”. By the age of 16, he was already representing Malaysia in the Commonwealth Games in Australia.

We found time in his busy schedule for just a quick insight into one of the few High Performance Level 4 Coaches in our region.

When did you start coaching in the US?
“I started coaching in 1992 in Marquette, Michigan. I was a sparring and coaching US players which includes Linda French, Chris Jogis, Joy Kitzmiller, Erica Von Heiland who were training for the 1992 Olympics in Barcelona. Since then I have coached in IL, FL NY and finally settled in MA. “

What is your most memorable coaching experience?
“Helping players to succeed in the sport. Kevin Han was a delivery boy in NYC when I started training him. Raju Rai’s dad sent him to train with me one summer when he was very young to see if he could make it in badminton. Same for Nick Waller.”

What was the last international tournament you coached?
2019 World Junior Championships in Kazan Russia

What is your typical day like as a coach? Do you still have time to train yourself or play?
“I coach 7 days a week and mostly weekday evenings and from 8:30am to 6pm on the weekends, no time and too tired to train and play. I try to play at least once a week if possible.”

What do you think of the current junior scenario in our region?
“We have a lot of talented players but we lack the sparring partners to challenge them. We have a handful of kids who are determined to play well and also supportive families are important. But the sport is growing and we need to be able to support them.”

Lastly, what will your advice be to players, young and old alike?
“Train hard, Play Smart”